The canonical version of this appeal is at http://perens.com/static/AppliedIon/ , please re-publish it widely! 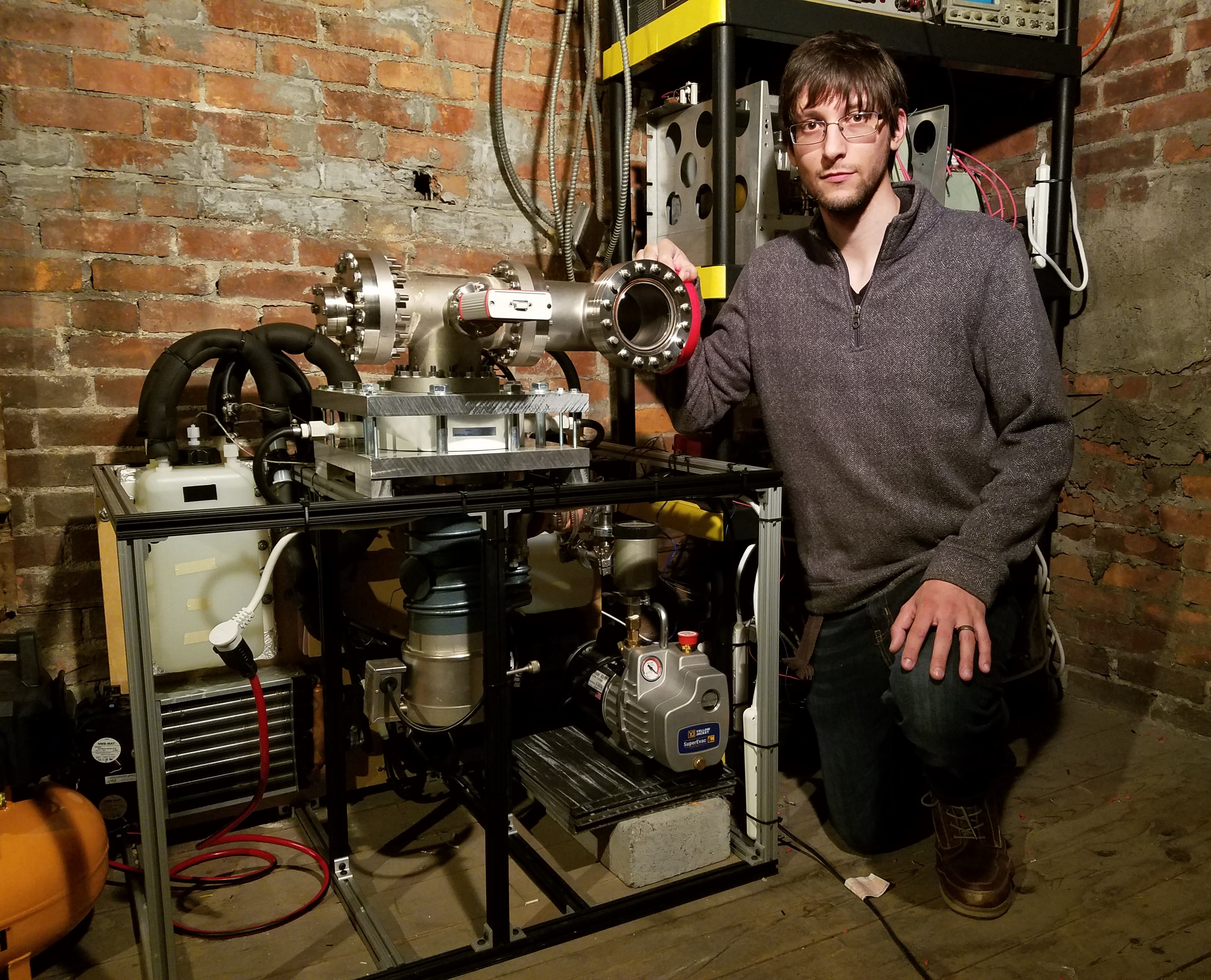 Michael Bretti is designing electric thrusters so that Amateur and Educational microsatellites can maintain or change their orbits. Some of his designs are small enough to work on a PocketQube, a satellite literally so small that it fits in your pocket. 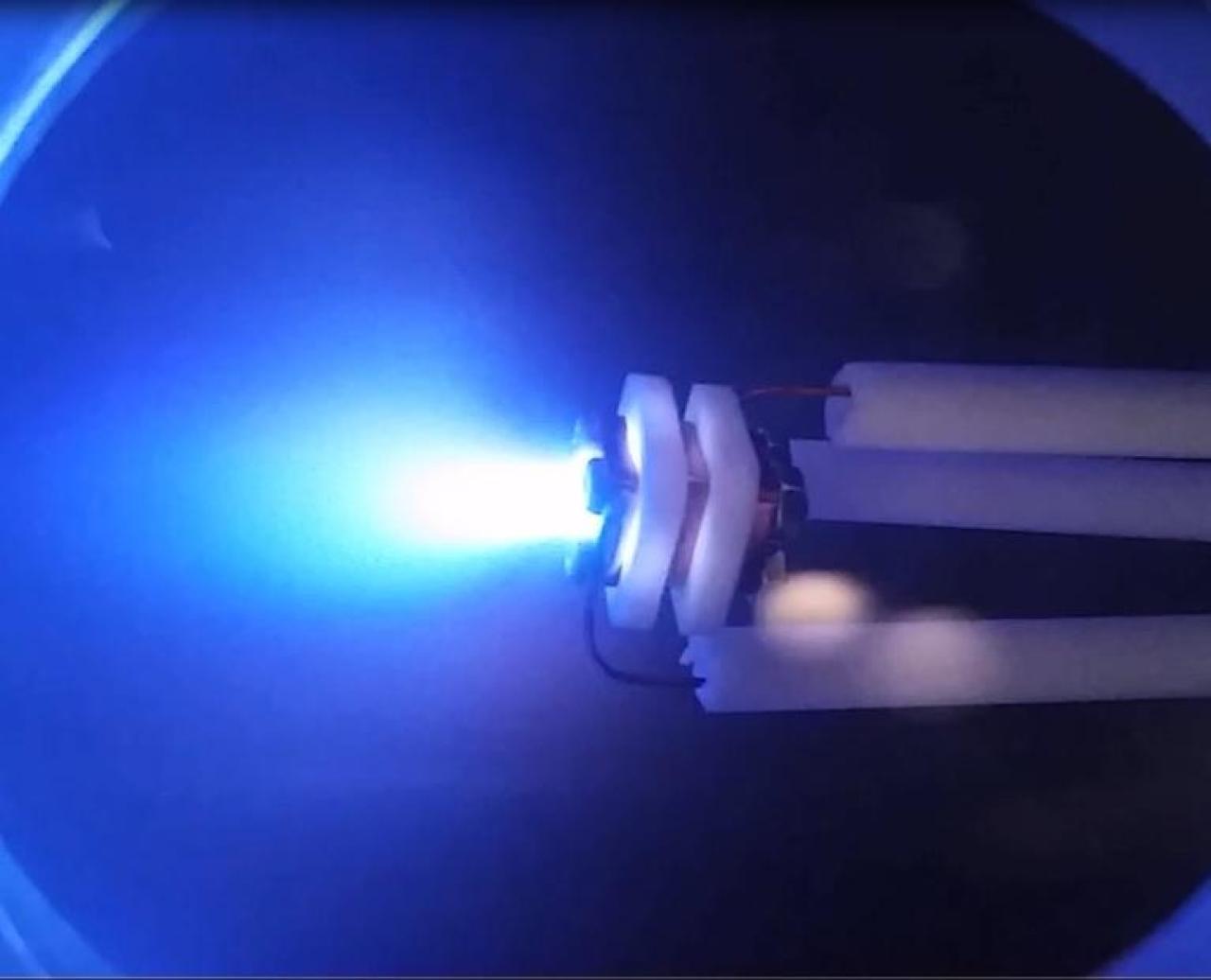 Michael has so far created several working thruster designs, as Open Source Hardware. Below Michael’s photo is his gridded pulsed plasma thruster firing in a vacuum chamber he’s put together in his home. And the photo below that is another of his thruster designs being readied to fly as part of the GENESIS N and L satellites. That’s his thruster between the two measuring tapes. 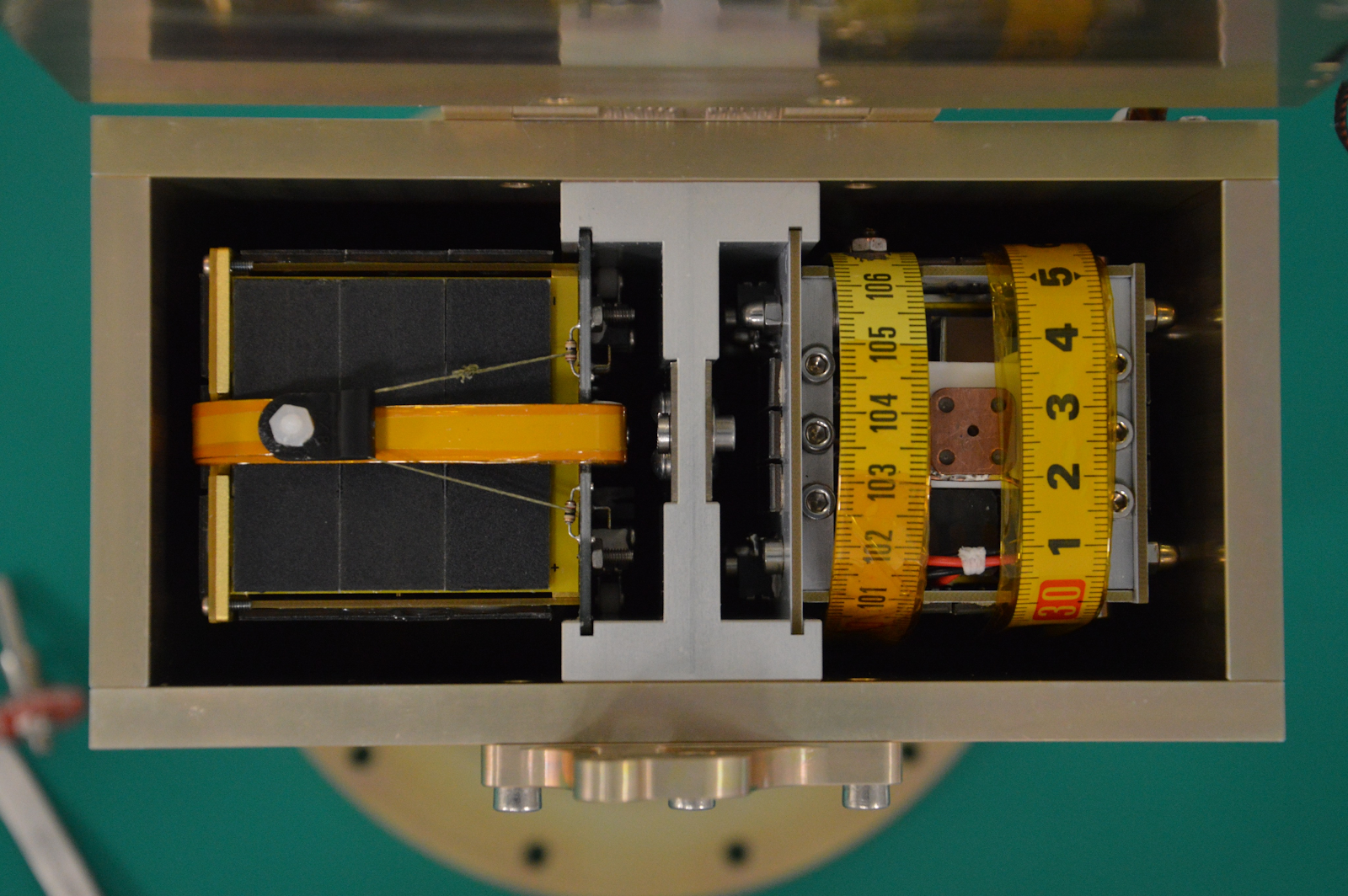 Michael calls his project Applied Ion Systems, and you can follow his work at @Applied_Ion on Twitter.

I’ve been following Michael’s work for about a year, and this is a tremendously important project for Amateur and Educational satellites. It will provide them with thrusters that are easily affordable on their slim budgets, and allow them to maintain or change their orbits like the big boys!

To test the thrusters, he uses a vacuum chamber that duplicates the hard vacuum of low-earth orbit. Vacuum is hard, and hard vacuum is harder, and hardly cheap. Due to his shoestring budget of literally pocket money – he has no significant funding and works on his own time – Michael’s work has been plagued by failures of his roughing pump. That’s a pump which creates a medium vacuum and supports another pump that provides the space-quality vacuum. He bought and attempted to rebuild a worn-out roughing pump – all that he could afford – but this effort failed. Michael can’t go on with testing until he gets a reliable roughing pump. That would allow him to move forward confidently in creating thrusters for our satellites. Michael would like to buy an Edwards RV12, which is available for no more than $4200 Please help to fund the new pump.

With the ability to achieve a space-quality vacuum again, Michael will proceed with new designs. Not every one succeeds, because space is hard, but enough do. You’ll be able to watch his efforts and – soon enough – perhaps you’ll communicate through some of the satellites he supports.